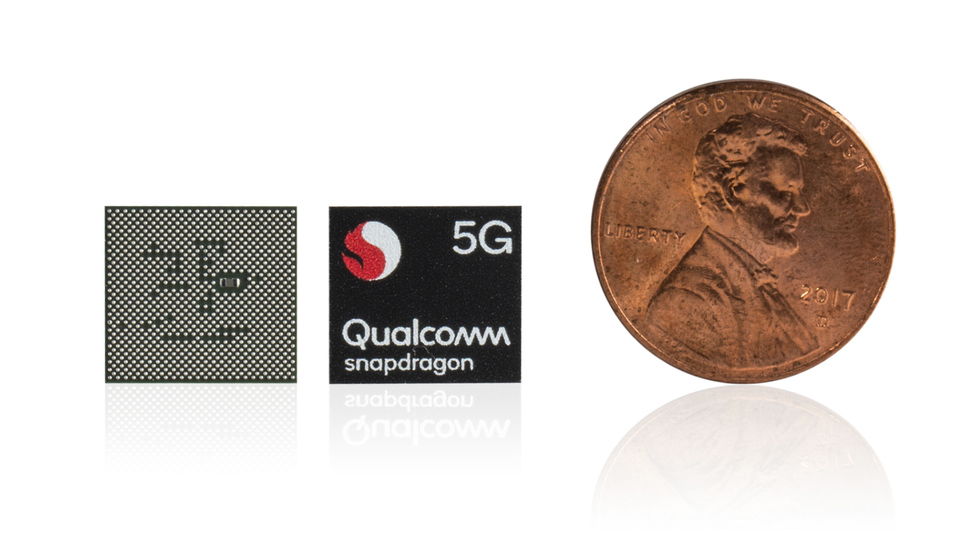 New Android phones haven’t been announced for 2020, but the chip that’s likely to power many of them has been named.

The Snapdragon 865 chipset was officially announced by Qualcomm at its annual Snapdragon Summit, with the company noting that it’ll focus on 5G and AI capabilities.

The specifics about the performance and feature-set of this 7nm chipset – pictured to be smaller than a penny – are still being kept under wraps. However we know it’ll take advantage of the new Snapdragon X55 5G Modem-RF System, which Qualcomm touts as the world’s most advanced 5G platform.

Which phones will get the Snapdragon 865?

The Snapdragon 865 is essentially the sequel to the widely used Snapdragon 855 chipset found at the heart of the Samsung Galaxy S10, Note 10, OnePlus 7 Pro, LG G9, Google Pixel 4 and several other top tier Android phones.

This means you’re likely to see the rumored Samsung Galaxy S11, Note 11, OnePlus 8, LG G10 and Google Pixel 5 all use this 5G-focused chipset in the next few months. Expect news to break regarding the first 865-powered phones at or right before MWC 2020 in February.

It’s sometimes easier to list which phones won’t get this chipset than list of which ones will. Huawei and sometimes Samsung for select markets make their own chipsets for smartphones. Apple has always made its own chipset for the iPhone, though it’s reportedly going back to using Qualcomm’s modem 2020 in order to deliver the first 5G iPhone.

As it stands, very few of the best Android phones don’t use a Snapdragon chip, so the capabilities and benchmarking of the flagship Snapdragon 865 will tell us a lot about our smartphones in 2020.

5G for the masses? Snapdragon 765 hints at that

What’s interesting is that there’s going to be a second 5G chipset platform: the Snapdragon 765/765G. It’ll have integrated 5G capabilities (highlighting the 865 chip does not).

The naming convention also hints it’ll come to slightly cheaper Android phones (like past 700-series chips have from Qualcomm), bringing 5G to more people, not just top-tier smartphone buyers, in 2020.

We’ll have more reporting this week from the Snapdragon Summit, which has become a way to foreshadow how Android phones and always-on laptops will change in the next 12 months.

Disney Plus: Hands-on with the new streaming app – CNET

Spotify Wrapped 2020: How to find your top songs for the year – CNET

WAP stands for “Wrapped As Playlist” and here’s how you can find your top songs for the year. Please follow and like us:

Spotify Wrapped 2020: How to find your top songs for the year – CNET