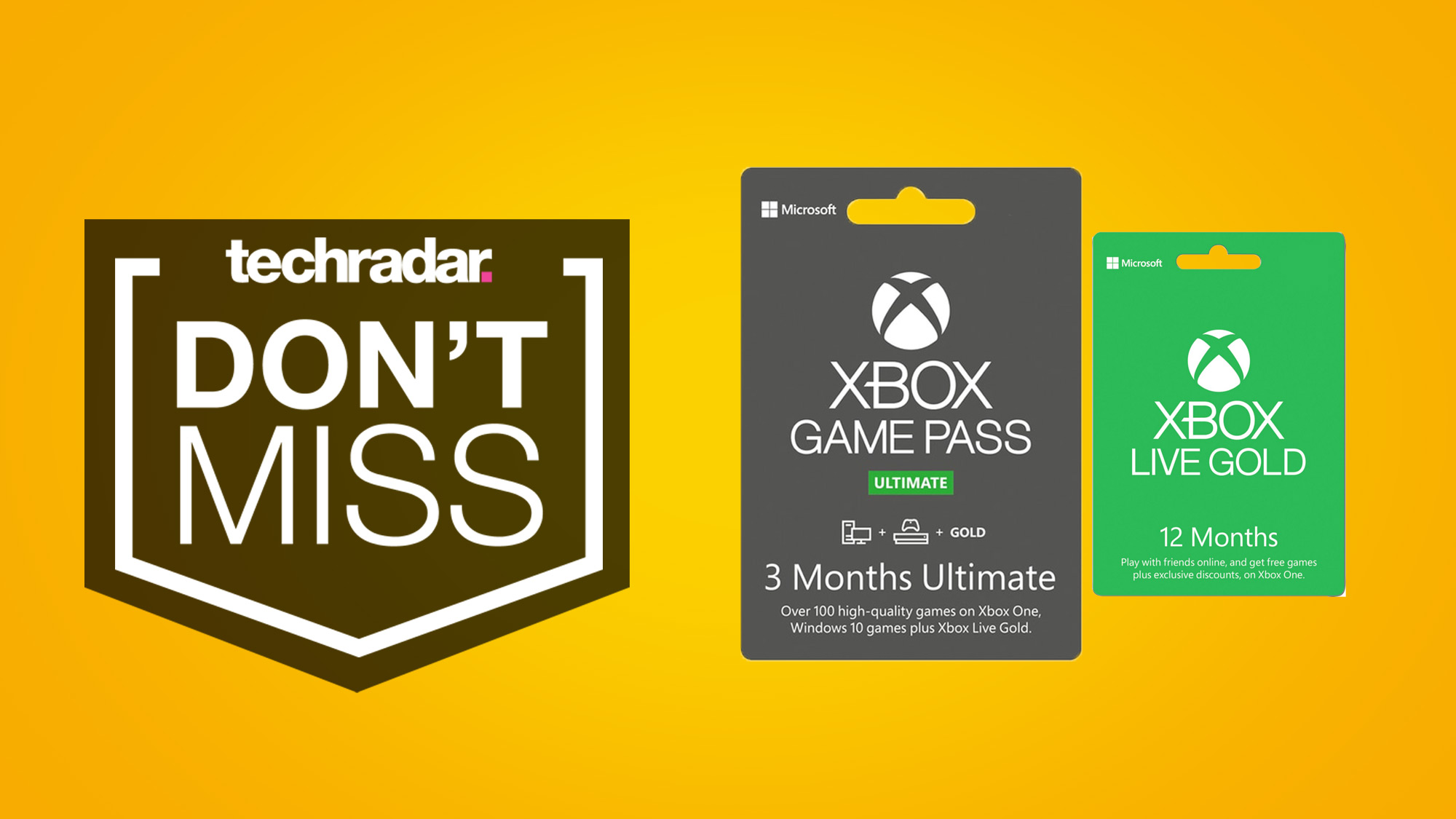 Game Pass Ultimate deals can save you big money on the best Xbox game to play this week. That means you can open up your gameplay to a 100+ strong roster of Xbox titles, all playable for free with a cheap Game Pass Ultimate subscription. Whether you want to keep the kids entertained, or you’re looking for something to fill your days, you’ll want to check out these latest Game Pass prices.

Before you sign up for your one-month membership, grab a cheap Xbox Live Gold subscription (the best we’ve found this week is this $52 / £39 12-month membership). Add those Live Gold months to your account and when you join Game Pass Ultimate they will automatically be converted into the much more expensive subscription!

This is a fantastic way to save big on a Game Pass Ultimate subscription and is fully endorsed by Microsoft. But if you’ve already signed up before, there are still plenty of ways to save with a cheap Game Pass deal, like this $16.19 / £12.99 three-month Game Pass subscription.

We’re running through all the ways to save with Game Pass Ultimate deals below, so you can get back in the game for less.

If you’ve already subscribed to Game Pass Ultimate, but still want to find some Game Pass deals to boost your membership length for less, these offers should do the trick. You’re not getting access to online play, PC offerings, or exclusive discounts, however, so if you’re after those you should check out the Game Pass Ultimate deals below. You’ll still find Ori and the Will of the Wisps available on the standard Game Pass subscription.

Is this for-hire welding robot an omen for skilled labor?